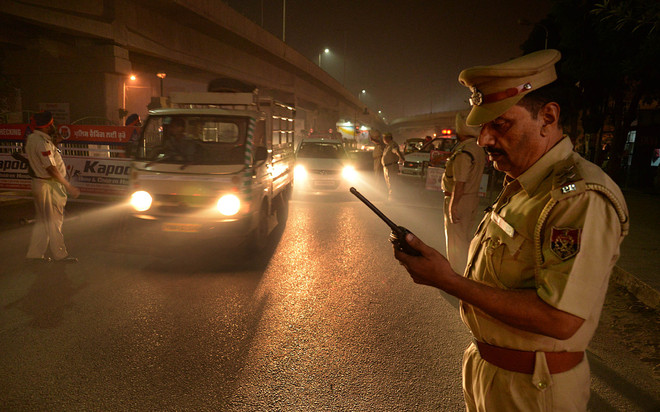 For New Year security, the Chandigarh police yesterday held a city seal exercise. The drive processed for almost three hours that is carried from 5 pm to 8 pm.

During this drive the police were laid 106 different nakas in different places in the city. These nakas were laid 38 on outer roads and 68 on inner roads.

This special drive was held for the safety of youths because before New Year there are more chances of accidents were happened. A new rule was begun last week by corps that everyone has their ID cards if they visit outside after 10 pm night.

There are 777 policeman deployed for this special drive. Yesterday around 8157 vehicles were checked at night. Challans were also issued to 280 drivers because they done some mistakes. There are 16 vehicles that were taken in custody under the provisions of the Motor Vehicles Act.

With this step of Chandigarh police people hope peacefully and a safe New Year for the city.