Building collapsed in Chandigarh 6 were killed 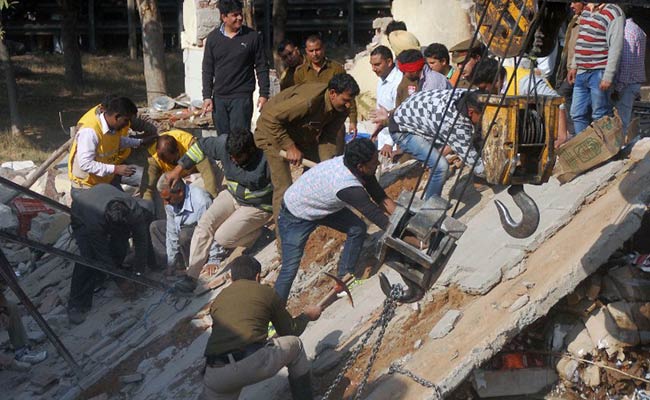 6 persons were killed and 11 of them were seriously injured when a liquor vend collapsed in Sector 26 Transport Area on Monday. This is happened when the illegal basement in an adjoining shop.

The 4 killed laborers is at the basement and other two were in the vend.This is happened at 11:30 am at a plot number 88 when laborers were dig the basement then the whole single –storey building collapsed on them because there was inappropriate distance between the walls.

The land is dug more than 10 foot deep.Five persons were inside the liquor vend out of them four were died while other were killed in the vend. The killed persons are identified as Bahaduri (26), Ifkhar (32), Suraj Bhan (36), Vishnu (35), Ashok kumar (26) and one persons is not identified.

All of them rushed to PGIMER Chandigarh after this incident where they were declared dead. The persons suffered from injuries were admitted to GMCH Sector-32 and GMSH Sector-16.