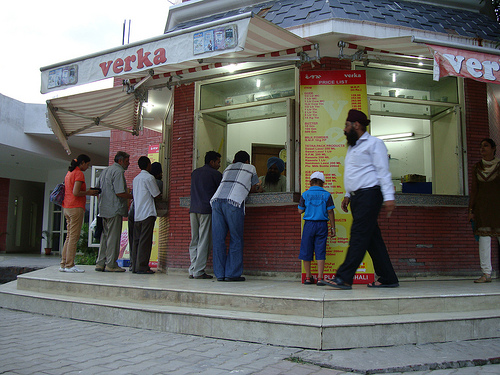 The Chandigarh Municipal Corporation has urged the rent of 102 Verka booths in the city from Punjab government’s milkfed department. In 2008, the Verka stopped paying the monthly rent of Rs 2000/- and after that the civic authorities has started sending the notices but nothing much happened. After that, a meeting held between the Chandigarh Administration officers and the Punjab Government officers which were led by the Finance secretary Mr. Sarvjit Singh.

It has been said by the Joint Municipal Corporation Commissioner that “They have received the biggest amount in the recent interval which is approximately Rs 1.6 crore for the duration of April 2008 to March 2015 from Verka milk booths.” Now, the ground rent has been fixed Rs 3000 per month as this has been turned out to be the good source of income for the UT Administration.