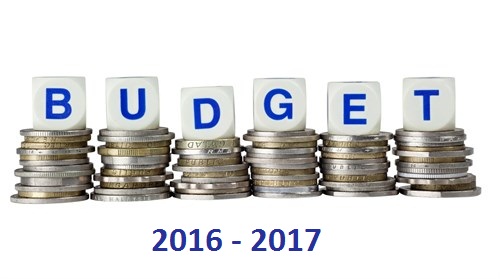 Today finance minister Sh. Arun Jaitley unveiled their third union budget for the session 2016 – 17. While divulging the budget he said that global economy is in serious crisis and financial markets have been battered in the past one year. The financial year 2016 – 17 will face an additional burden due to implementation of the Seventh Pay Commission and OROP. He further added that CPI inflation was 9.4% in the past 3 years of previous government. The figure has come down to 5.5% now.

In union budget 2016 – 17, Jaitley restated the forecast that, India would grow by 7.6% in the closing fiscal year. He added that government extensively wanted to broaden the benefits of growth and development among 1.3 billion Indians, but they have to stick to the government’s existing fiscal deficit target for the coming year.

Here are the products highlights at a glance:

Below is the detailed distribution of union budget:

Finance Minister Arun Jaitley wind up Union Budget speech at 12.41 pm. At this Union Budget stock markets gave a “thumbs down” reaction with a fall of 500 points in Sensex by the end of the day.